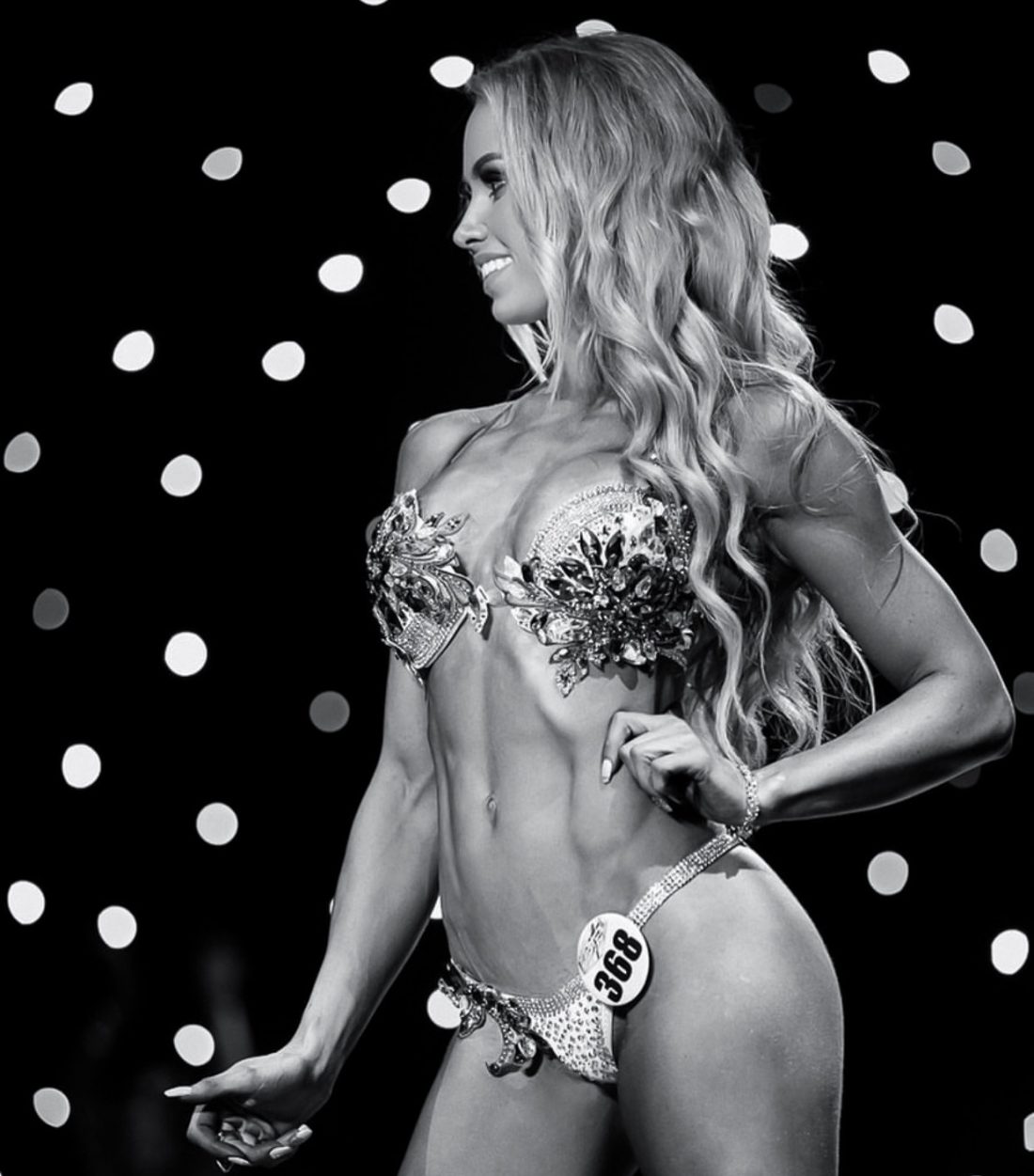 Competing: the ins the outs, the sh*t coaches and competitors don’t tell you.

So. You want to do a fitness comp. Good on you. You may have been training for a short amount of time? Feel inspired by athletes on social media? Don’t be fooled by the fit bodies and meal prep containers. There’s more to it than you know.

Don’t get the wrong vibe, I LOVE competing. But there are a few things I have learnt over the past 2 years that have been both positive and negative but all form a part of growing in this industry. Mentally and physically.

I contemplated competing for 3 years, since I first started at the gym. I was 18/19, started work casually in a gym and was obsessed with learning. I YouTubed, followed every competitor under the sun. I learnt about the federations, I learnt about different diets and different styles of training, I researched coaches out there. I knew what macros were and I had an idea on how to track food. Sound like I knew enough to start competing right? Wrong. Just because I was in and amongst the gym scene, I still had muscle to mature and learning to acquire.

At 21 I found a coach to start with, how exciting right! I finally felt confident I had a good base to start competing. This is where all aspiring competitors should start. Find a reputable coach. For those that wouldn’t now, I did extremely well and won 2 divisions and placed in another 2, got lean AF and looked the best I’ve ever looked. But what about after? What about the approach we used to get lean? This is where I’m driving this post and the importance behind education. A coach can give you the tools to get you the body composition you desire, but they won’t do the work for you or necessarily look after you post comp which in my belief is just as important.

I found that reverse dieting after my first ever comp it did not go as hoped. I gained 10 kilos, hormones were a mess, I felt completely “off” and couldn’t explain it. I wasn’t sleeping properly and I had no idea what I was doing. Despite “sticking to the plan” I was gaining kilos and quick. It took me stepping away from a coach to learn how to manage post comp on my own and basically strip myself down to assess what I needed to change. I needed to educate myself. I went high fat low carb to rebalance my hormones since being high carb for the whole prep with next to no fats. I focused on cortisol and stress and like magic it worked (after a seriously draining few months, feeling self conscious and accepting the weight gain). My cycle back, anxiety episodes went down, sleep was in check and I had stopped abusing energy drinks and artificial sweeteners.

Every athlete should reassess a prep and conclude:

So this leads me to discuss my second prep. I had a WHOLE DAMN YEAR off in between shows, changed federations and found a coach who I could educate me and support me the way I wanted to prep. As a natural athlete a year to grow is realistic to see some damn good changes and learn from your physique. I’ll be damned if I compete just for the sake of it. I want to win, so I allowed myself the time to grow. I also switched to IIFYM (yay variety).

Now speaking factually I highly commend the coaches I’ve had in the past… but just like relationships sometimes you out grow them or they don’t fulfil your needs anymore. And that’s okay. Its knowing what you need in a coach, what process they will put you through and working ALONG SIDE them to achieve your goal. There’s no point me doing a program that isn’t flexible dieting, because that’s the way I wish to prep. I don’t lower my fats below 30 or so grams, because that didn’t work for me and I obviously had hormonal issues (increased depression and anxiety episodes, no period, inability to mentally function during the day ect). Don’t be afraid to confront coaches about what you know about your body and apply it to your prep. You would be reluctant to eat dairy/gluten/fructose if you had an intolerance but were told you have to eat it would you?

When choosing to prep for a show, here’s what I recommend.

DON’T COMPETE JUST FOR THE FAD

Don’t go and compete because you lifted weights for the first time and think it’s cool to compete. Just no. Shredding for a competition is different to just going through a phase of dieting, it takes a toll on your health mentally and physically. Compete after developing some obvious change to your physique and if you fully understand what is involved in a competition prep and what the judges are looking for in your specific division.

CHOOSE YOUR DIVISION BASED ON YOUR BODY TYPE

Do not try and categorise yourself without understanding how body building works and understand what each category physique looks like. Look at what each division requirements are and what the judges will critique you on. I don’t have enough muscle to go and do physique category in WBFF unless I take like a 6 year off season thats just the reality off it, I have muscle but not enough of it and as a female I don’t have the natural hormone make up to put on kilos of muscle in a short amount of time like males. You have to be realistic. Some coaches may give you their opinions in what category to choose but be wise. It’s not fun for competitors who have to “downsize” just because they want to lose muscle.

Do your research on your coach. You wouldn’t enter a relationship without going full detective on them would you? Well thats just me (lol). I recommend finding someone who will educate you as to why you do things and someone who’s going to take care of your health regardless of a competition. Understand their approach and if that works for you then great. Me personally, I prefer to have control of the foods that I eat and work off macro nutrient targets designed by my coach. This have helped me personally post comp the second time around. It’s been fun getting creative during a pre and understanding what foods work for me and what doesn’t (in terms of bloating, pre workout carbs ect.)

FIND AN APPROACH TO SUIT YOU

Cookie cutter approaches to programs are a joke. It only takes a few weeks on a minimal calorie/high expenditure of cardio program to seriously affect your health. So don’t take bullshit plans from people posing as coaches behind transformation programs they obviously send out to every other person. You’ll know this because:

If you think competing and starting a controlled shred is going to help you get over an eating disorder or body image issues because a coach has you in check, think again. It is a completely different ball game when it comes to food and a prep. After a show, reverse dieting is bloody crucial. This can determine how quickly your body puts on body fat, and how your hormones rebalance themselves after being deprived for a duration of time. I probably didn’t fully address my disordered eating until after my show, when I was faced head on with being out of control around food again and no competition in sight. Most of you may have seen my raw explanation of my past with binge eating and anxiety. (More on binging on my previous blog post.)

In between shows I focused on maintaining a healthy relationship with food, something I have struggled with since having depression and anxiety. I can successfully say my reverse diet from my most recent show last October has seen me only sitting roughly 4kgs above stage weight and less frequent binges something I’m continuously working on. I have reached 2000 or so calories, track my food and enjoy flexibility on weekends, have bites here or there of random shit without having a”blowout”. But I did the work, I slowly increased my calories week to week post comp and reduced the cardio over time. It wasn’t easy, hell it felt like every second person said to me “lets get food now you’re not in prep”, well no. THIS. IS. A. LIFESTYLE. Comp may have ended but my mentality hasn’t.

I do not wish to deter any newbies from competing, simply give some direction as to what to expect. It’s not easy and it’s not for everyone. I believe maintaining long term health and fitness habits more important before choosing to compete in a body building competition, as this will ensure your health and well-being is not greatly affected after competing. Competing is exciting and should not be a negative experience if the process is well planned and you are educated on the risks you potential are exposed to by putting your body and mind through such stress. Hell I wouldn’t say my last prep was a breeze, but I know next time I prep for my show I will be epic because Im doing the work now. I have made changes that I know I’ll stick to. In saying all this I’m super excited to compete again and apply the new knowledge I have accumulated since my last comp. I will rock that stage with all new improvements to my physique and furthermore the improvements to my mentality and head space. For anyone competing soon please send me a message on social media, I would love to watch your journey. 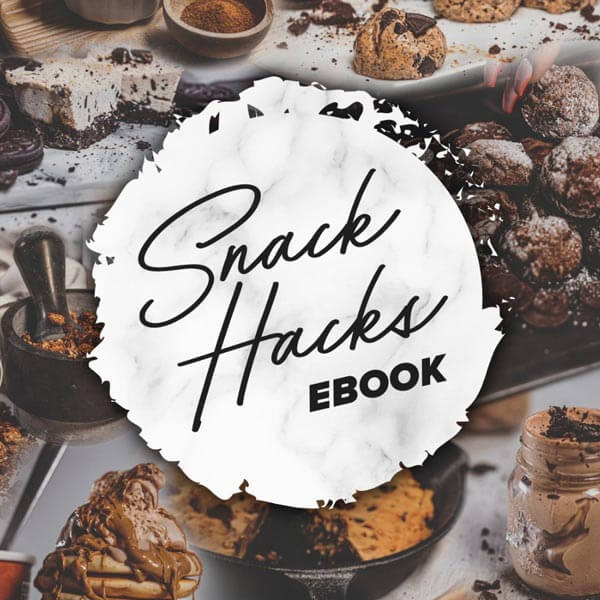